India is a unique country in many ways and one of the ways is how big the motorcycle industry is in this country. Even though there are multiple manufacturers both indigenous and foreign, there seems to be an insatiable demand for more motorcycles. That is why, every year, manufacturers launch new motorcycles. This year is no different and here are the top 10 upcoming motorcycles in India.

Hero Xpulse: The one type of motorcycle that has been absent from the Indian market is a lightweight yet powerful motorcycle inspired by dirt bikes. It is not like such motorcycles do not have fans in India. One of the most popular motorcycles of a bygone era was the Yamaha RX100 which falls in this category. Hero had previously launched the Impulse which didn’t sell all that much during its initial run but now has developed a cult following among motorcyclists. It is perhaps this renewed interest that got Hero interested in launching the Xpulse. Even though initially Hero wanted to launch it with a much more powerful engine, they settled for a 200cc engine which would allow the motorcycle to be lighter as well as pocket-friendly. The looks are very much inspired by dirt bikes and while it might not be to everyone’s taste, it is specifically targeted at the young crowd and those who like to take part in track days and amateur racing. These can also make great bikes for rent.
Expected by: Late 2018
Expected price: 1.2 lakhs 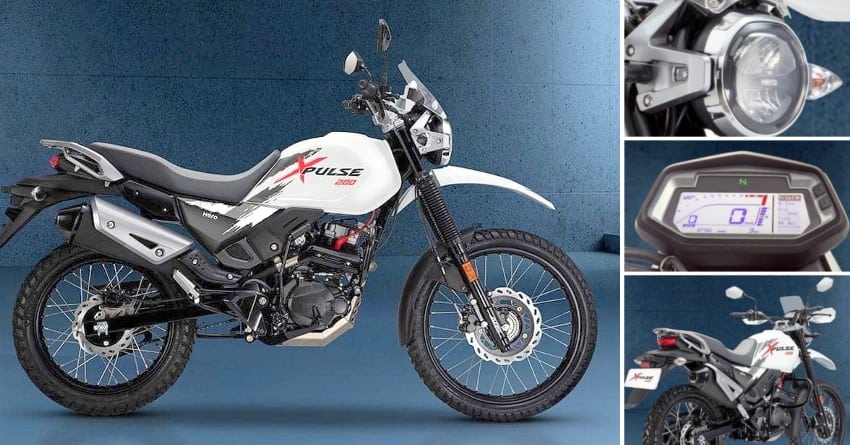 Royal Enfield Continental GT: If there was one brand that was synonymous with motorcycles in India then that would be Royal Enfield. There are fan clubs and rallies for Royal Enfields across the country. Until recently their product range was very limited but now as a part of their expansion strategy, the Continental GT will target a particular niche. Royal Enfields have been revered by touring enthusiasts in India and this motorcycle will only make them happier. This is the first Royal Enfield with a parallel-twin engine and it employs a 270-degree firing order which makes this motorcycle incredibly smooth and perfect for long rides. The looks are exceptional too with the expected price being the only downside. Even then, this is one of the most awaited motorcycles of the next few months.
Expected by: Early 2019
Expected price: 3.5 – 4 lakhs 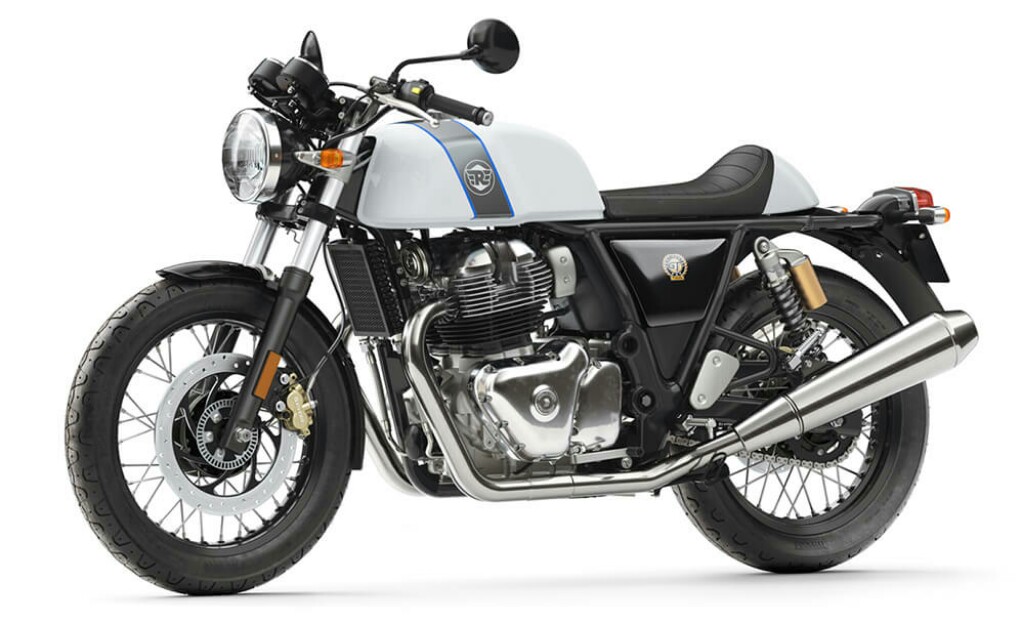 Benelli Tornado: Until recently, the motorcycle industry in India was dominated by a select few but that has changed now as manufacturers from around the world are making inroads into this sector. One such manufacturer is Benelli which has realized the potential of the Indian market for entry-level performance motorcycles and the Tornado seems to be their ace in the sleeve. By now it is well documented that Indians love a fully-faired motorcycle with a smaller engine. The Yamaha R15 has exploited this love to perfection for years now. Benelli intends to do the same. This motorcycle is expected to feature a parallel twin 400cc engine that is supposed to take on the likes of the RC390, R3 and the RS400. It will be a bit on the pricier side but the Benelli name alone makes up for the premium price.
Expected by: Late 2018
Expected price: Around 4 lakhs 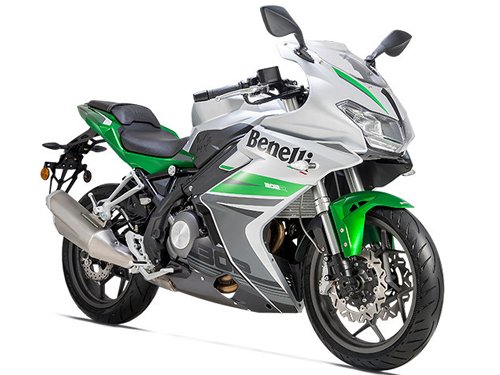 Bajaj Pulsar RS400: Bajaj was the name that kick-started the whole love for 150+ cc motorcycles in India and they again look to recreate that magic in the premium 300+ cc segment with the launch of the RS400. It will feature a 375cc engine and will look like a beefier cousin of the RS200 but the biggest advantage to this motorcycle will be its pricing. Like all pulsars in the past, this one will be priced very aggressively while maintaining a decent level of performance and features. It is primarily targeted towards those people who are looking for a comfy tourer that does not burn a hole in their pockets and comes with the brand reliability of pulsars.
Expected by: Early 2019
Expected price: Around 2 lakhs 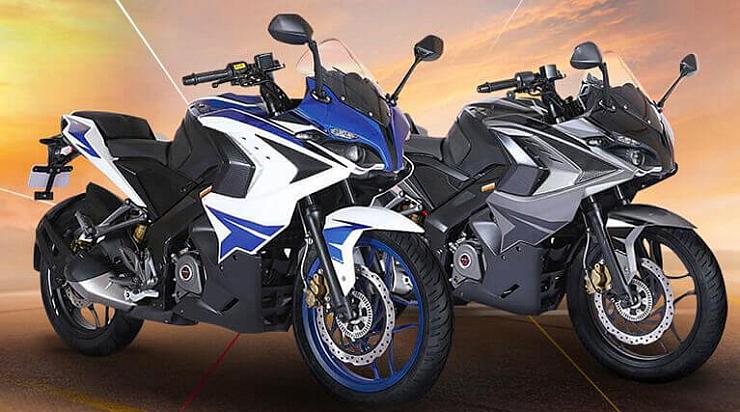 UM Renegade Thor: Even though this motorcycle has been unveiled officially, it will only be launched in 2020 in India. However, the futuristic features of this motorcycle more than make up for the long wait period. It is the world’s first electric motorcycle that is aimed at performance enthusiasts. Until now, electric motorcycles have been aimed at the entry-level segment who only wanted a two-wheeler that was kinder on the environment. This did not really appeal to the performance oriented bikers. The Renegade Thor is all set to change that. It will feature an electric motor that can churn out around 30kW of power and will have a 5-speed transmission. It will be one of the quietest tourers around that will also be quite economical for long drives. This could be the next step in the evolution of motorcycles and UM wants to lead the charge.
Expected by: Early 2020
Expected price: 4.5 – 5 lakhs 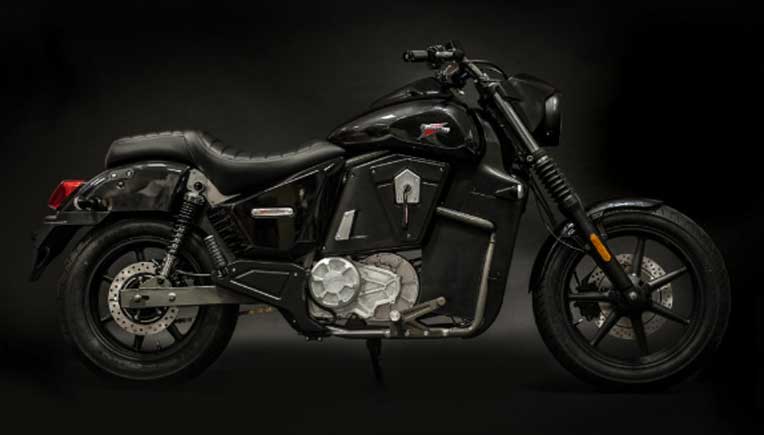 TVS Creon: One segment that enjoys massive popularity in India are scooters. It is the bread and butter for young students, women and the elderly. The TVS Creon wants to take the scooter world to the next level and they plan to do so by launching India’s first performance oriented electric scooter. Electric scooters have been around for some time but they are all so underpowered that you do not even need to register these scooters. While that is great for those looking for just a scooter, it is not good enough for those who are looking for something more. The TVS Creon looks stunning which will appeal to the college crowd while the electric motor powering this scooter can take it from 0-100 kmph in a cool 5.1 seconds which is premium motorcycle territory and all of this at a very reasonable and affordable price point. It will also have a quick charge capability to further sweeten the deal.
Expected by: February 2019
Expected price: 75,000 to 82,000 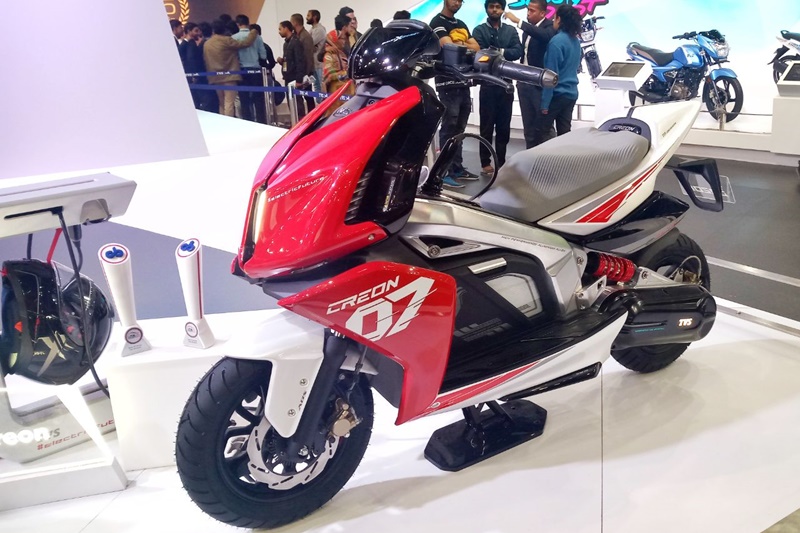 Royal Enfield Interceptor 650: This is another of Royal Enfields offerings that is being highly anticipated. It has already created quite a lot of buzz in the USA and looks to do the same in India very soon. It too will target the touring crowd but has a more laidback design that will allow it to be useful as a daily commute option as well. This is also an homage to the classic Interceptors of old and that can be seen in its design. It takes cues from classic British motorcycles of the past and it is the old-world charm that sets it apart from the plethora of motorcycles available in India today. From what we hear, the engine is very smooth and the frame is very agile making this a very nimble motorcycle that can be ridden for hours without tiring yourself. Finally, ‘Interceptor’ is simply the coolest name a motorcycle could have.
Expected by: November 2018
Expected price: Around 4.5 lakhs 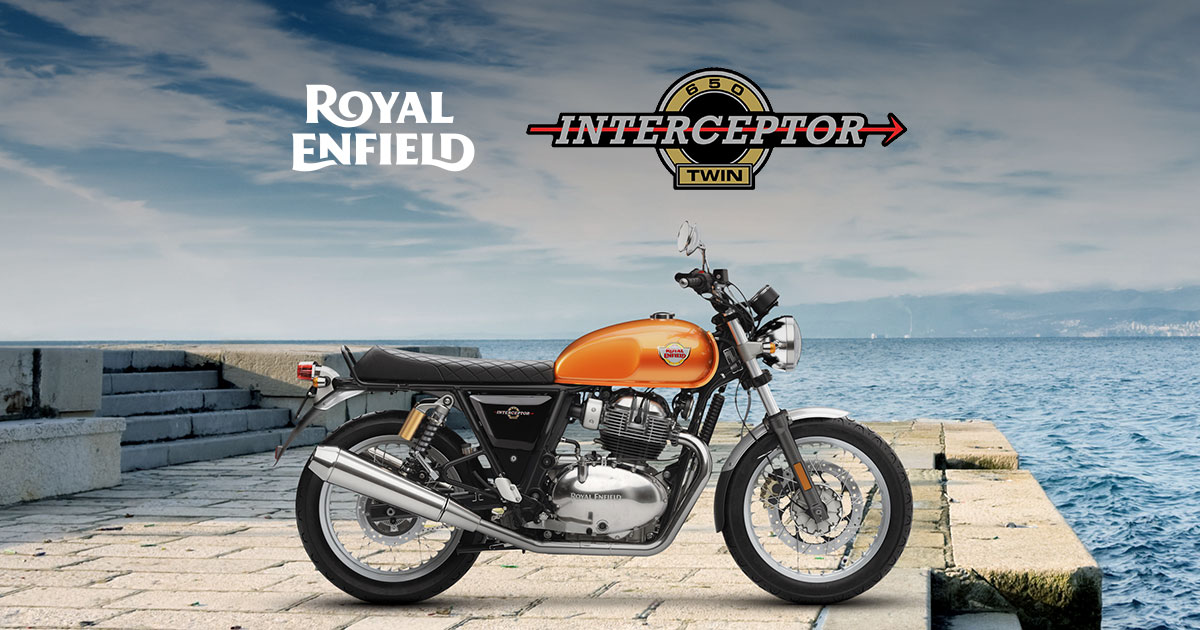 TVS Zeppelin: While hybrid cars are the norm now, hybrid technology hasn’t really made any impact on the motorcycle industry. TVS plans to change that with the Zeppelin. It will feature a regular petrol-powered 220cc engine that will be supplemented by an electric motor that will serve the dual purpose of being the starter as well as filling in the power gaps of the petrol engine. This will give the motorcycle a much more linear power delivery while also making it feel incredibly more powerful than other motorcycles in this segment. The looks are also quite bold and will appeal to a lot of the modern bike enthusiasts. This motorcycle has every reason to be the next big game-changer.
Expected by: Late 2019
Expected price: 1.5 to 1.5 lakhs 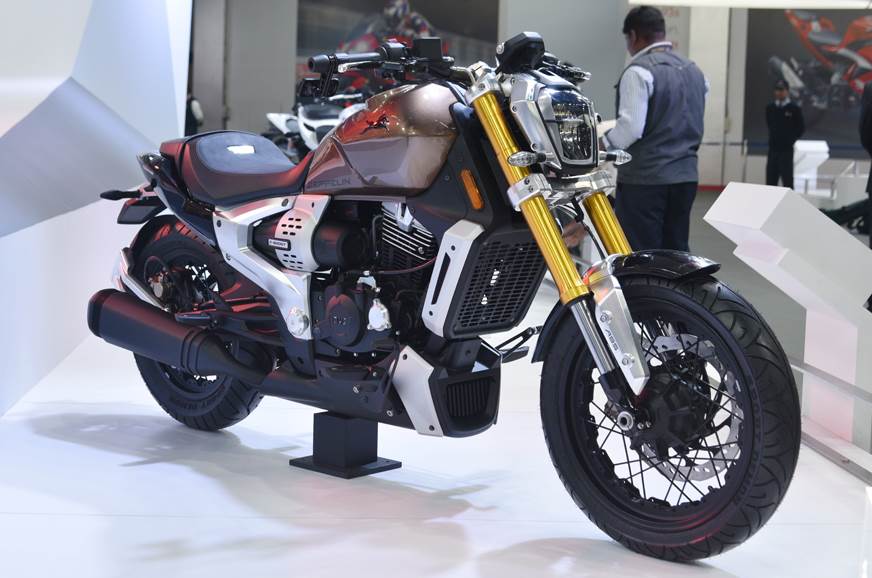 KTM 790 Duke: KTM has been the biggest hit among young motorcyclists with its Duke range and these can be seen in droves around colleges across India. Its trademark look, engines oozing with torque and its lightweight make it one of the most fun motorcycles to ride. KTM plans to bring this fun and excitement to the premium segment with the 790 Duke. Its USP is a very compact form factor that makes it look and behave like a 400c motorcycle which is similar to driving a hatchback with a supercar engine. The Dukes have always been known for their acceleration but this one takes it to a whole new level. Obviously, all this performance doesn’t come cheap but the fun quotient of this motorcycle justifies the price somewhat. Expected by: April 2019 Expected price: 8 lakhs

Yamaha MT 03: The original propagator of the true performance motorcycles in India is planning to up the ante with the launch of the MT 03. Designed and marketed as the street fighter cousin of the R3, this one is being expected with baited breaths. If the success of the Fz line-up is anything to go by then the young working-class of India will lap this motorcycle up. It retains some of the features of the bigger MT motorcycles like the headlamps and the sculpted petrol tank which makes it truly breath-taking to view while the 321cc engine taken from the R3 is one of the most refined engines in this segment which will make this motorcycle a great everyday riding option. It will be equally at home in the traffic as it would be on the open road and like always, Yamaha intends to price this really well to make it the complete package.
Expected by: Mid 2019
Expected price: 3 lakhs 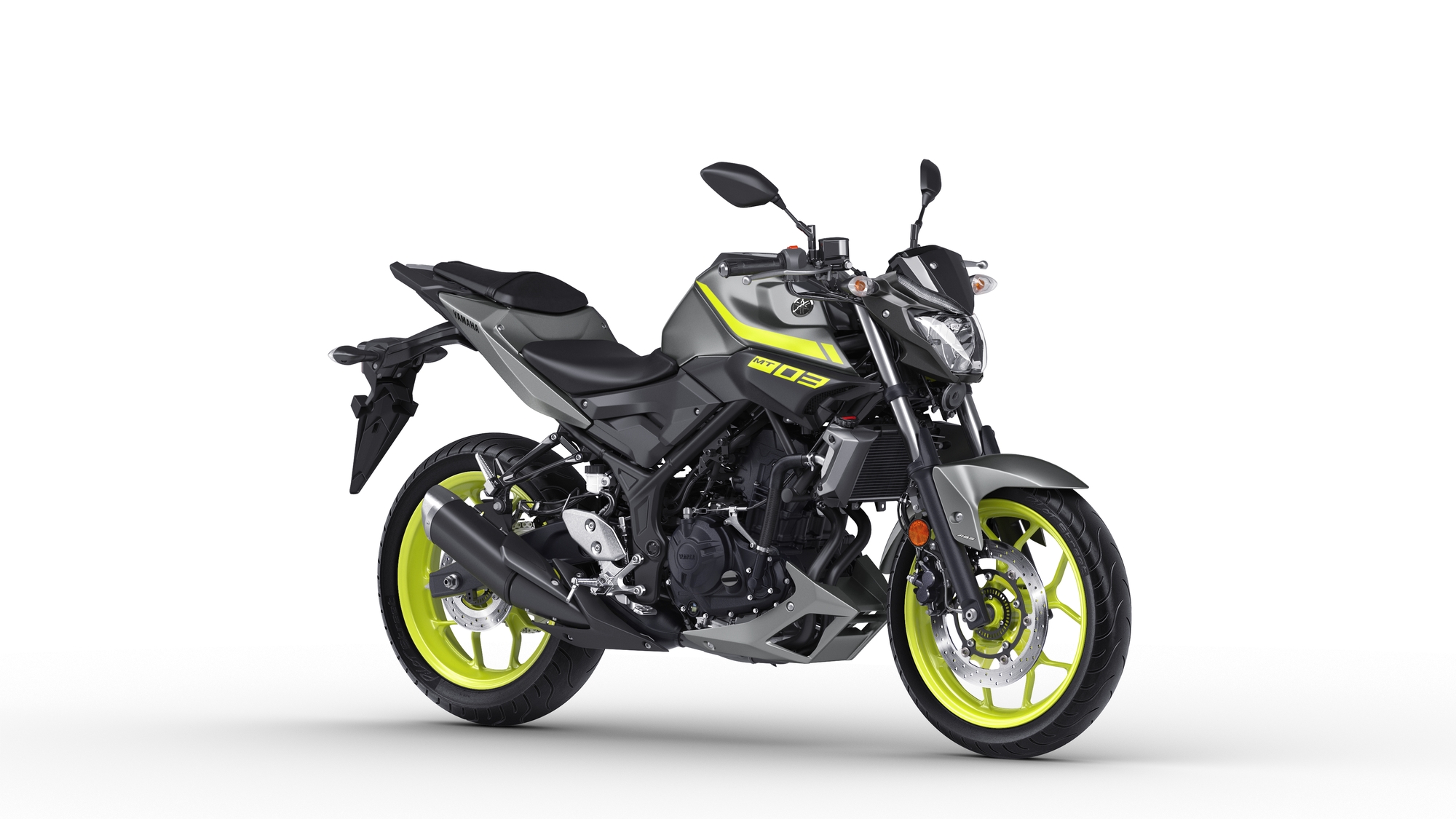 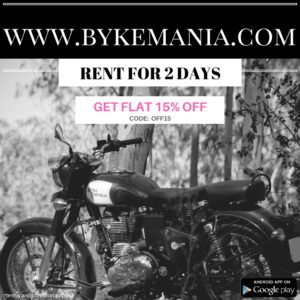 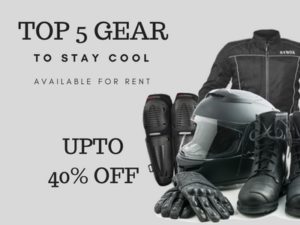 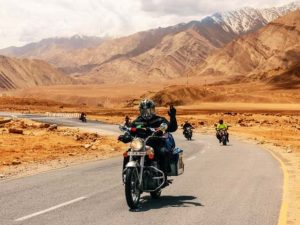